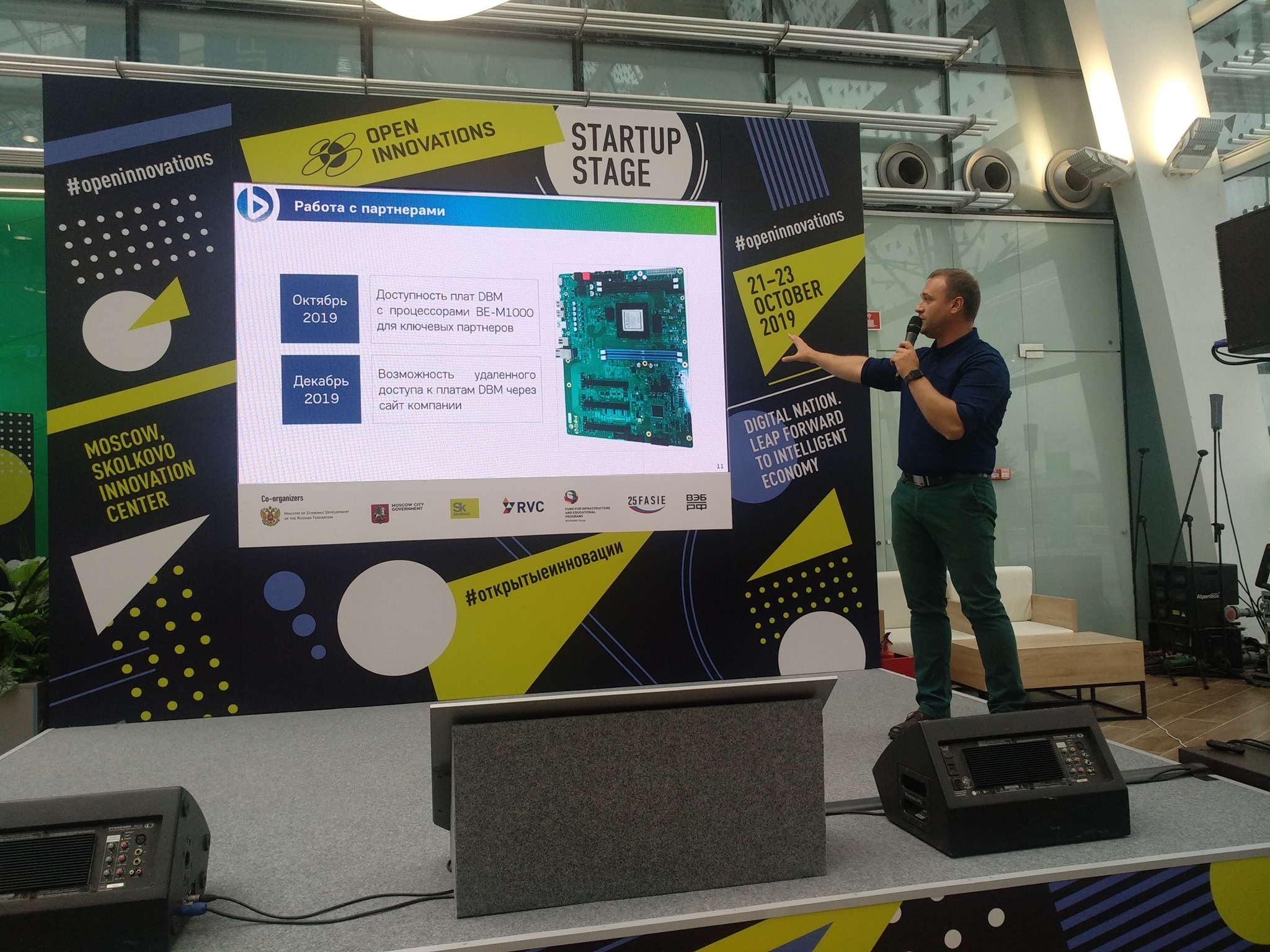 22 October 2019 The "Baikal Electronics" company for the first time presented their new processor Baikal-M intended for a wide range of devices of consumers and B2B segments of the market. The presentation was held by the General Director of the company Andrey Evdokimov at the Moscow International Forum "Open innovations" in SKOLKOVO.

Baikal-M russian processor is a 28-nm chip-based process system based on eight 64-bit ARM Cortex-A57 (ARMv8-A) cores and an eight-core Mali-T628 GPU. The processor has a wide range of integrated communication interfaces and high processing power, so it can be used in workstations, mono-blocks, laptops, servers and thin clients.

"Baikal Electronics" specializes in the design of systems on a chip, which are based on ARM and MIPS architectures. The company's developments are intended for use in the Russian and international markets in energy-efficient computer and industrial systems with different levels of performance and functionality. Its founders are the companies "T-platforms" and "T-NANO". In 2015, "Baikal Electronics" released their first processor Baikal-T, which is aimed at the segment of corporate customers. In order to develop import substitution, "Baikal Electronics" plans, first of all, to provide its DBM boards to domestic equipment manufacturers and system integrators for the possibility of developing joined integrated Russian IT-solutions.


"I hope that the release of the new processor will give a significant impetus to the development of the Russian IT-industry, and in the nearest future a number of domestic products on Baikal-M will appear in the market, "said the General Director of "Baikal Electronics" Andrey Evdokimov.