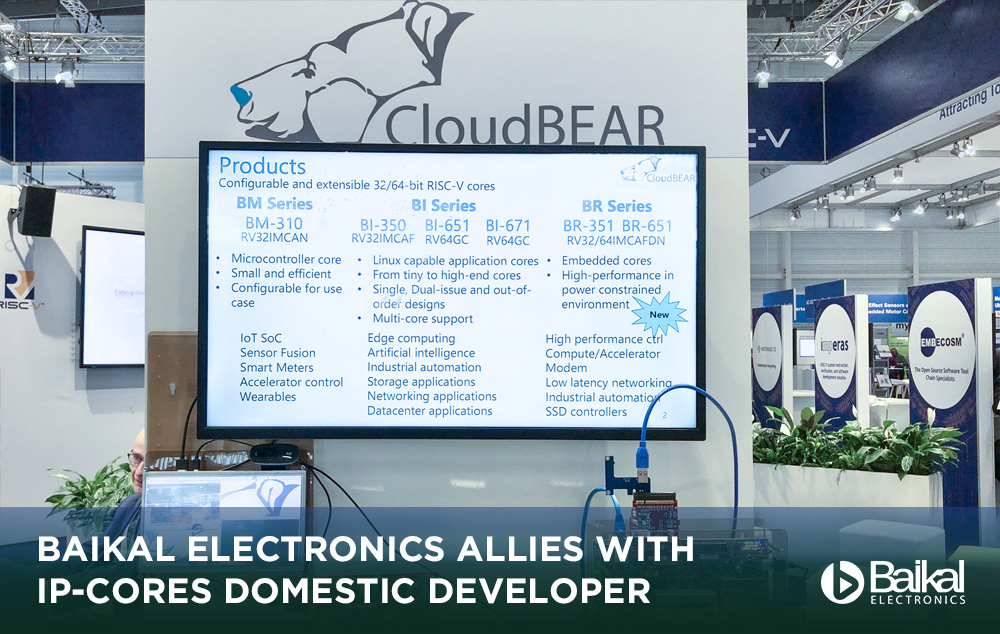 CloudBEAR is one of the leaders in the development of RISC-V based IP processor cores. Major Russian and international design centers use CloudBEAR cores in their systems-on-a-chip in order to design microcircuits for embedded systems, network applications, artificial intelligence, wireless communication systems and data storage systems.

"CloudBEAR deal opens huge prospects as well as possibility of a long-term synergy for all participants. Acting as new shareholders, we have a unique opportunity of priority access to the company's advanced technologies and their modernization according to our requirements. We are to develop our own products based on these technologies. At the same time, it is important that CloudBEAR will continue its independent development" - says Ilya Sivtsev, co-owner of the Varton Group.

"CloudBEAR today is a dynamically developing company. It is considered one of the world RISC-V based IP processor cores leaders in its segment. Participation in the project of such large domestic design centers as Baikal Electronics and Milandr gives our team a unique opportunity not only to develop new IP-products but also to jointly formulate requirements for processor cores. Therefore, microcircuits based on those cores will be in demand. We have many ambitious objectives and projects and as well as the entire IT market we experience acute staff shortage. The key task at the moment is to expand the team with strong specialists for our new projects" - stressed Sergey Kruk, CEO of CloudBEAR.

"Milandr invested in CloudBEAR and started working with this company over 5 years ago. During this time CloudBEAR managed to develop a wide range of RISC-V based IP processor cores, and Milandr launched mass production of new demanded microcircuits based on these cores. Thereby we confirmed that the RISC-V architecture is not only of academic interest but also is a mature commercial technology. The development of RISC-V in Russia will make it possible to strengthen the scientific school of processor engineering within the framework of the global trend, benefiting from the global RISC-V ecosystem. At the same time it will allow to form and accumulate the development of RISC-V based IP processor cores in the country. Another large investor in this segment will significantly strengthen and accelerate the development of RISC-V and will make this architecture more popular and in demand. Taking into account the actually reviving domestic microelectronics market, the products of Milandr and Baikal Electronics will complement each other, and such cooperation is mutually beneficial both for our companies and for the industry as a whole" - commented Sergey Shumilin, “ICC Milandr” Deputy of General Director for Science.